Valve’s Steam Deck has an annoyingly whiny fan, but you can buy and install a replacement fan from iFixit. For me, it fixed the whine immediately. 160 hours into Elden Ring, I’m sure of one thing: the single most annoying thing about my Steam Deck is its whiny fan. And now, I’m so happy to report there’s a way to fix it. It takes roughly 15 minutes and $30 — depending on where you live

p id="8RURWz">160 hours into Elden Ring, I’m sure of one thing: the single most annoying thing about my Steam Deck is its whiny fan. And now, I’m so happy to report there’s a way to fix it. It takes roughly 15 minutes and $30 — depending on where you live — to install a replacement fan from iFixit.

Five days ago, the repair company finally got a large shipment of those fans, and I bought one right away. Now, my Steam Deck’s tiny screech is gone.

Is the fan still loud? Yes, yes it is, but it’s a whoosh instead of a whine. I like to think of it as the sound of air escaping the Deck’s vents, but mostly, I don’t think about it at all. I can easily tune out the new whoosh, whereas the whine always managed to get my attention even after Valve tweaked its software to bring the fan noise down. 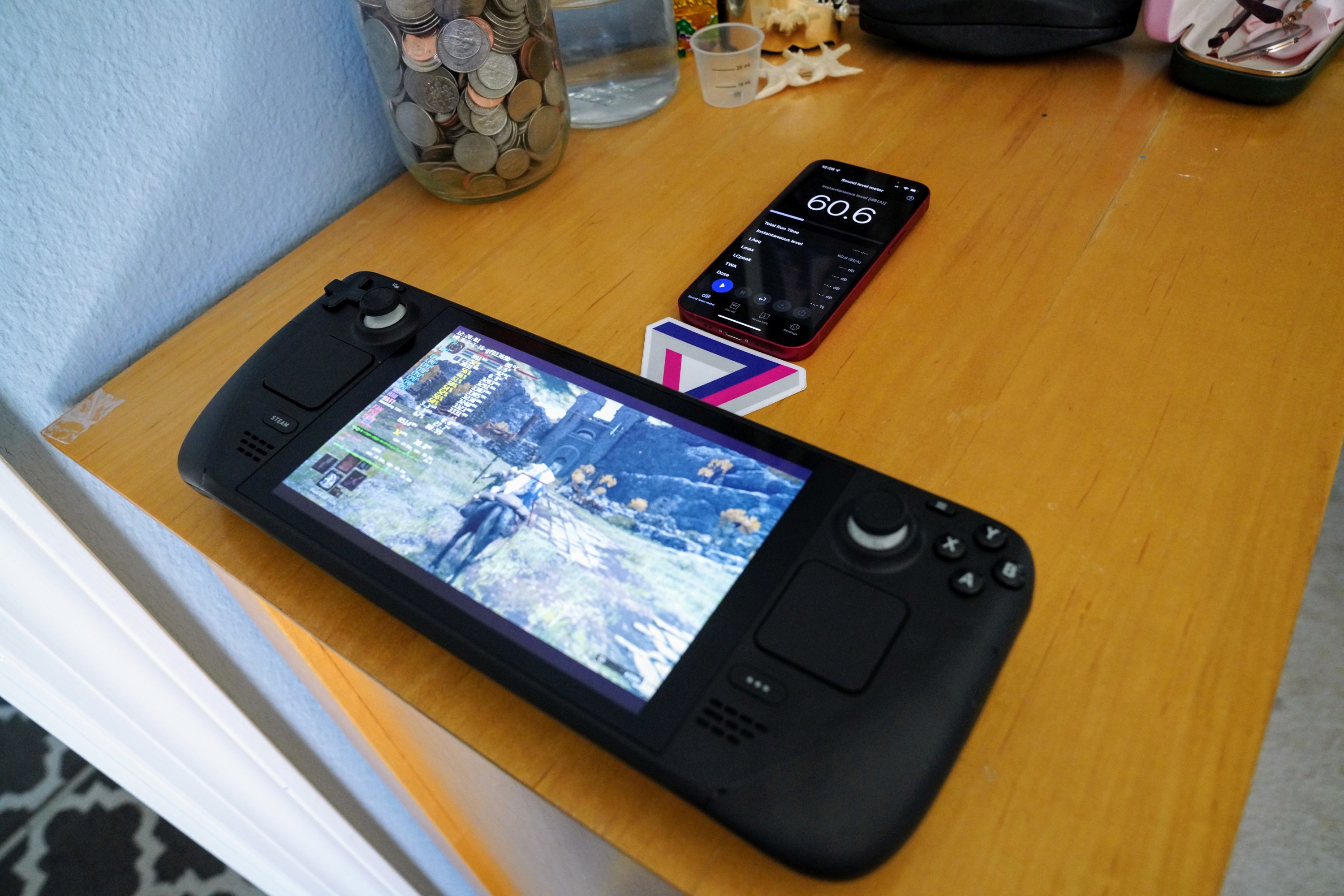 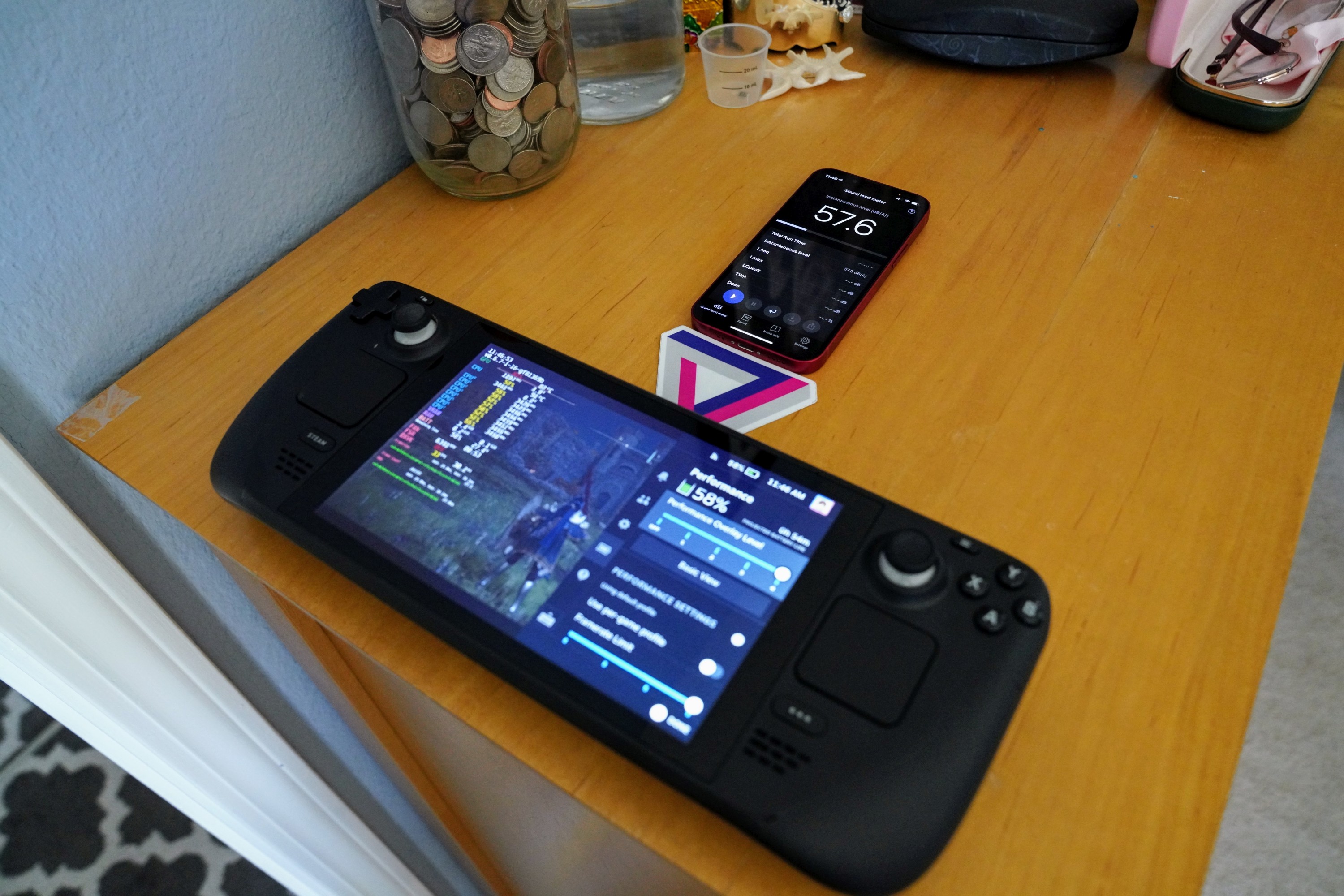 There seemed to be a slight reduction in overall noise with the replacement fan, but the lack of whine is a bigger deal.

In fact, the new fan has less whine than the electrical tape trick I showed you in April, and — YMMV — seems to be oh-so-slightly quieter overall. I did an admittedly unscientific test with the new fan against both my original whiny fan and one fixed up with the electrical tape, and the new fan measured 2 to 2.5 decibels lower when placed in the quietest room in my house.

Each time, I let the Deck’s chip heat up to over 90 degrees Celsius and nearly maxed out its power draw at 28 watts to ensure the fan was blowing as much as possible — which, honestly, is pretty similar to how it runs when I’m playing Elden Ring normally.

How can a replacement fan make such a difference? It’s a long story, but the Steam Deck community figured out many months ago that Valve shipped its gaming handheld with one of two different fans. One is made by Delta, the other by Huaying, and it’s long been suspected that the Delta fan is an inferior part that Valve didn’t initially design for. But while Valve has attempted to alleviate the issue with software, it’s definitely a hardware problem as well.

Last month, GamersNexus all but settled the question, putting both fans to the test and providing excellent audio samples of what the “whine” actually sounds like in practice (skip to 8:51 for that):

So when iFixit announced it had found a supply of the Huaying fans, there was reason for excitement. Would fixing it be as simple as buying the “better” fan, popping the Deck open, swapping the fans and re-fastening 13 screws? I think I’ve now seen enough to say the answer is yes.

I won’t attempt to re-write iFixit’s fan replacement guide, which you can find right here, but I will say that it was quick and easy with those instructions and the kit — which includes a simple screwdriver with the right Philips bits, a pair of tweezers, and a handful of blue picks to pop open the Steam Deck’s plastic shell clips.

It took a couple tries to figure out how to use those blue picks to pop open the case, and I found it easier to pull out the fan’s electrical connector with my fingernails than tweezers, but every piece got used and I didn’t need anything that wasn’t in the box.

I spend a lot of time playing the Deck in quiet rooms where family members are trying to doze off. So for me, it’s $30 well spent. I just wonder why Valve isn’t doing something about the fan itself — it’s pretty clear now that the whiny fan isn’t the intended experience.

Apparently some Steam Deck owners have lucked out with the better fan after an RMA, too — but when I returned my 64GB model, it came with another Delta. I’m only getting to try the Huaying now.

In case you’d like to hear some of my own audio samples (you’ll need to turn the sound up and/or wear headphones!), I took recordings of the bare Delta fan, a taped-up Delta fan, and the Huaying fan all at the same distance from the microphone.

Huaying fan, aka “the good one”

At the time I’m writing these words, iFixit still has the Steam Deck replacement fan in stock.

Tesla sold 75 percent of its Bitcoin

Wind farms could join oil rigs in the Gulf of Mexico

TIL that WordPerfect is still around, getting updates, and is currently on sale

How to clean up the iPhone apps you don’t use

The new Google Wallet is now available to all users

TIL that WordPerfect is still around, getting updates, and is currently on sale Web Story